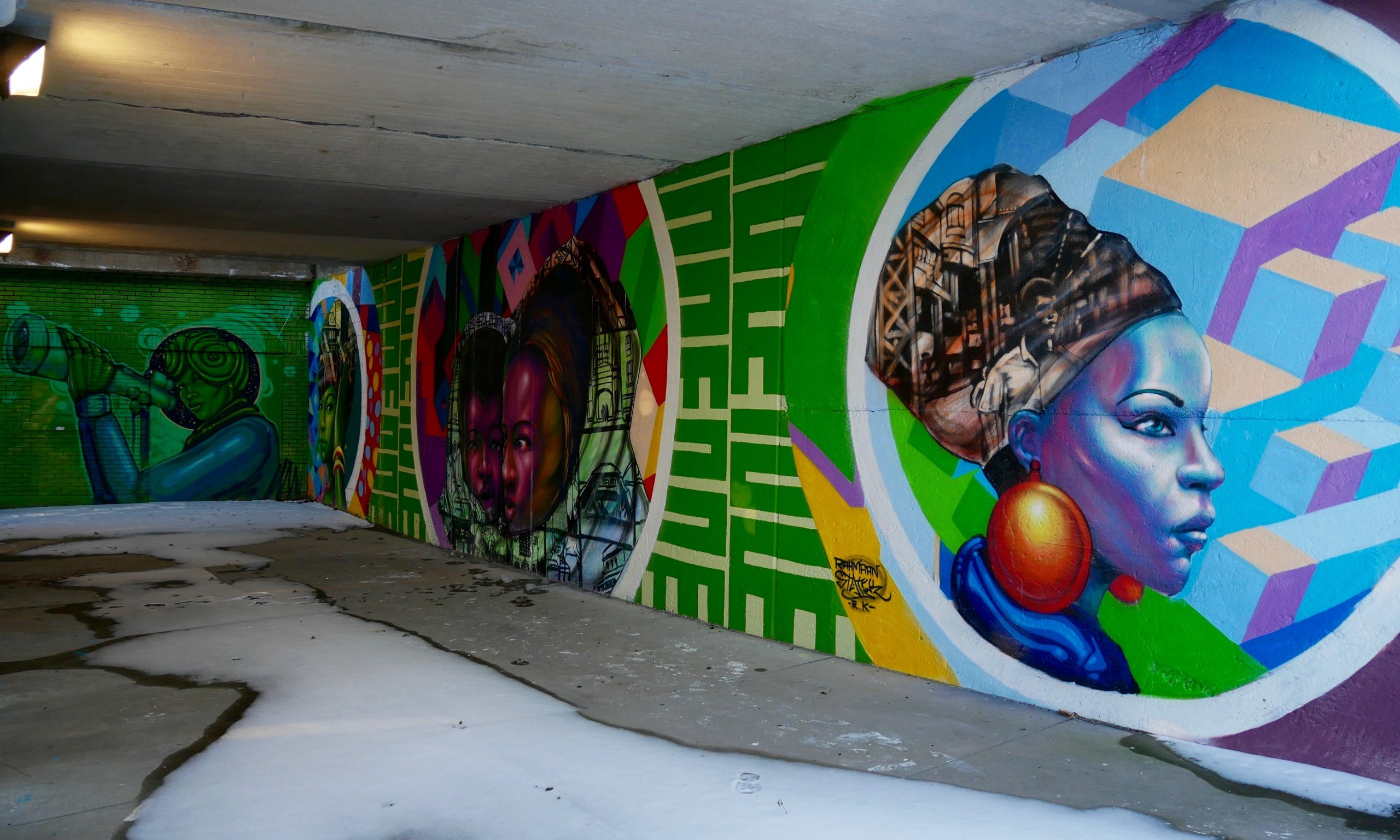 The Woodlawn Works mural project was born out of the Participatory Budgeting Process in Alderman Leslie Hairston’s 5th Ward. The Woodlawn Residents Association partnered with Chicago Public Art Group to create a community mural that pays homage to the local labor history. The mural transformed the railroad underpasses between 66th and 67th street and Dorchester and includes three sections of wall and multiple rows of columns. CPAG Core Artists Rahmaan Statik, Damon Lamar Reed, Max Sansing, and Bernard Williams worked as co-lead artists as they engaged neighbors, assistant artists, and students in the tradition of mural art.

The murals are unique in that they are a collaboration between four artists, each with a distinctive style. During the design process, each artist contributed images and symbols, which were ultimately combined in a kind of cut and paste process. On the 67th Street wall, the mural includes fragments of students’ drawings, and in other parts of the mural members of the Woodlawn community chose images to be included. One of the co-lead artists, Bernard Williams, wrote of the project as a whole: “Aesthetically, the murals involve a classic fusing of figuration and abstract geometric patterning. The use of strong, highly saturated color against large areas of the white background creates an [effect] similar to Pop art.”

Describing one of the images, one co-lead artist, Rahmaan Statik, wrote: “The image of the woman holding the telescope won the train station wall. The woman depicted on that wall is named Fanta Cella. She is also an artist from the Woodlawn community. The image of her holding the telescope represents the idea of a woman being the visionary. It celebrates the idea of being a great explorer or frontier for your personal destiny.”