"Childhood is Without Prejudice" - William Walker, 1977 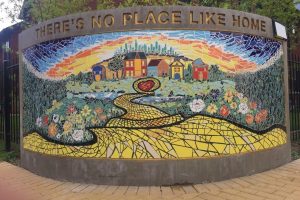 CPAG unites artists, citizens, and organizations to produce high-quality art reflective of the community where it is placed. The organization mentors, trains, inspires, and supports its artists to create public art throughout Chicago.  It educates and teaches creative skills to children and adults, providing them with the tools to articulate their ideas and the confidence to transform their physical environment. 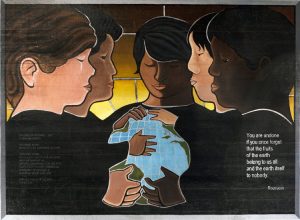 For five decades CPAG has played a defining role in the public art movement. In 1967 William Walker, and 14 other African American artists and activists, painted a mural on the side of a south Chicago tavern. The Wall of Respect was created as a rebuke to Black erasure and to honor 50 African American heroes. The mural became an icon of cultural pride.

Inspired by a groundbreaking art movement, in 1972 Walker and John Weber formed the Chicago Mural Group, renamed the Chicago Public Art Group. Their mission was to forge partnerships between artists and communities that would transform the urban landscape. CPAG’s artists used walls, streets, and urban structures as a microphone to amplify stories that matter. Their work made the heroes and experiences that were significant to neighborhood residents visible to every passerby.