Childhood is Without Prejudice 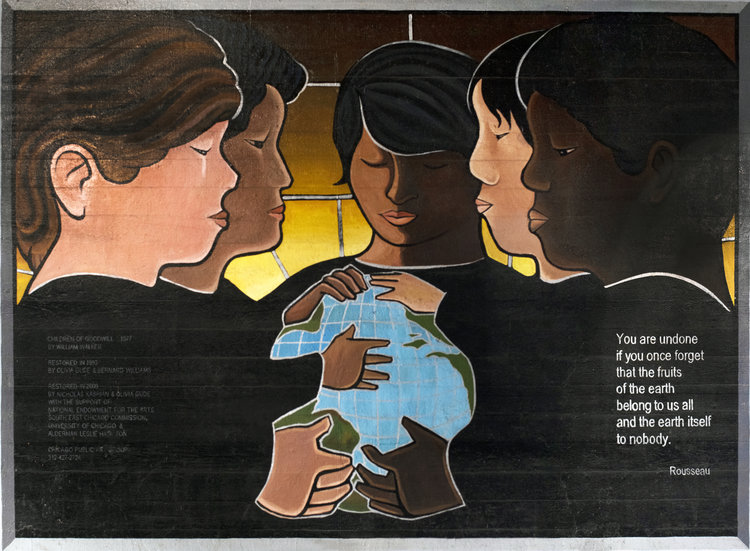 William Walker, co-founder of the Chicago Mural Group, which later became the Chicago Public Art Group, painted Childhood is Without Prejudice in 1977. It was created as a tribute to nearby Harte School (1556 East 56th Street) where Walker’s daughter had been a student. Walker wanted to express his appreciation for the school’s promotion of racial harmony. Said to be the artist’s personal favorite, the piece includes a series of overlapping and interlocking faces that represent the potential unity of all races.