Where We Come From…Where We’re Going 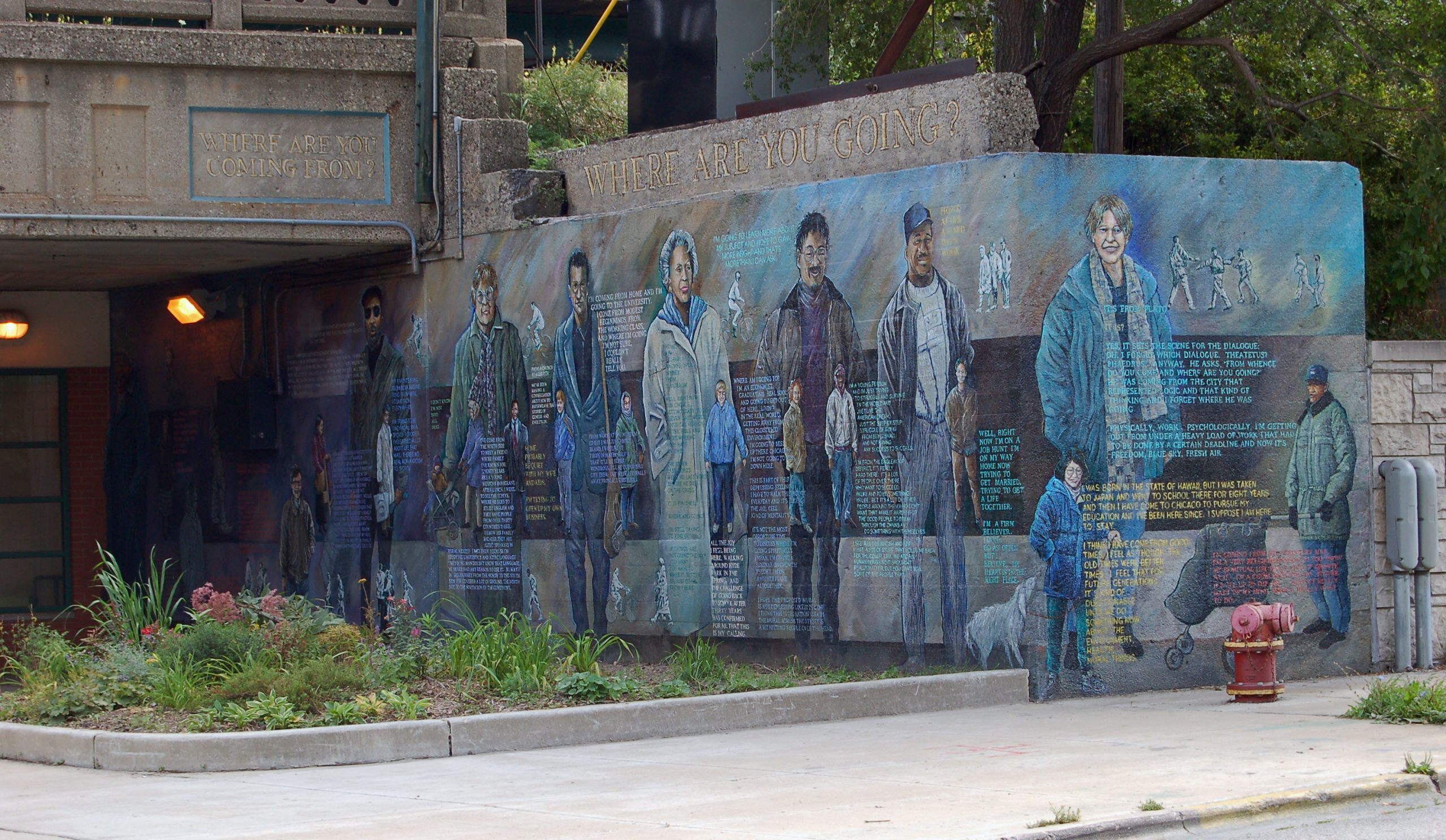 For this oral history mural on the Metra underpass in Hyde Park, Olivia Gude asked various passersbys, “Where are you coming from? Where are you going?” The images and words are drawn from photos of the people and their taped responses, which ranged from the mundane to the political to the metaphysical.

The variety of quotations suggests that people within a given geographic area may not necessarily hear each other’s voices. However, the very act of pointing out these overlapping stories suggests the possibility of initiating conversation and creating a “community of discourse.”