Unidos Para Triunfar (Together We Overcome) 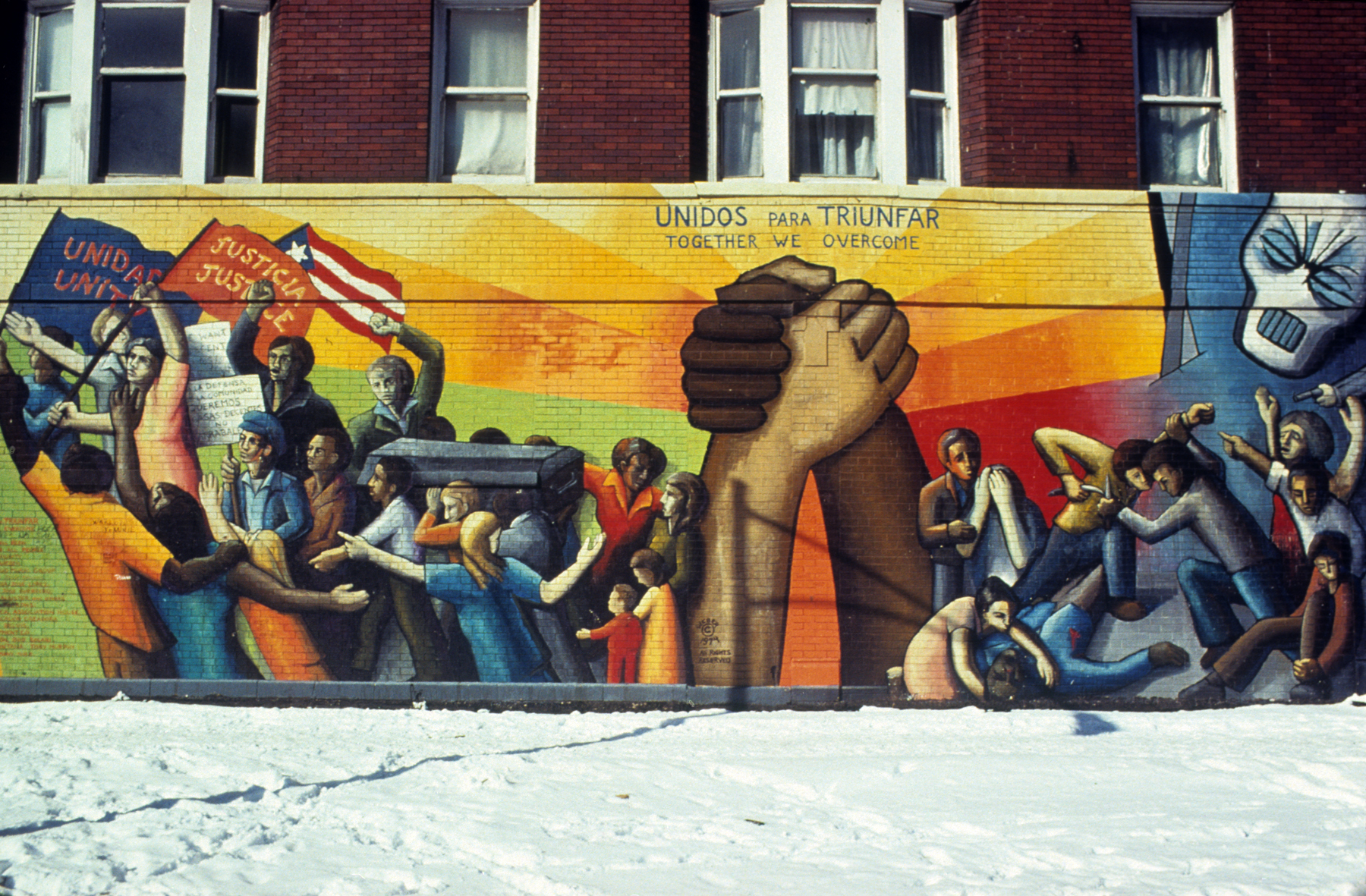 The mural, Unidos Para Truinfar (Together We Overcome), contrasts fighting gangs and a ‘march’ of unity. Created in 1971, the mural was truly a community project: it was designed by a racially-mixed group of teens led by CPAG co-founder, John Pitman Weber and sponsored by a coalition of neighborhood associations such as the Association House, Barretto Boys Club, the Division Street YMCA, and El Centro. The Westtown neighborhood where the mural is located had been the scene of several shootings the year the mural was created and it was felt that this was just the place for a mural on unity. Several years later, in 1974, Weber restored the mural after having been asked by community leaders during the wake of a respected youth worker, Orlando Quintana, who had supported the mural in 1971. For the 1974 restoration, Weber added new figures as well as a coffin, which was a reference to Quintana. In the fall of 2004, Weber restored the mural for a second time. At this time, an explanatory text was added, reading: “A Westtown landmark for over 30 years, this mural speaks from One Generation to Another. First painted in 1971, revised in 1974. The coffin honors Orlando Quintana, killed in 1973. A talented youth organizer, Orlando gave his time and energy to the 1971 Westtown mural project.” In addition, two signs depicted in the mural itself were changed to read: “Housing is Still The Issue” and “De Una Generacion a Otra, La Lucha Continua.”