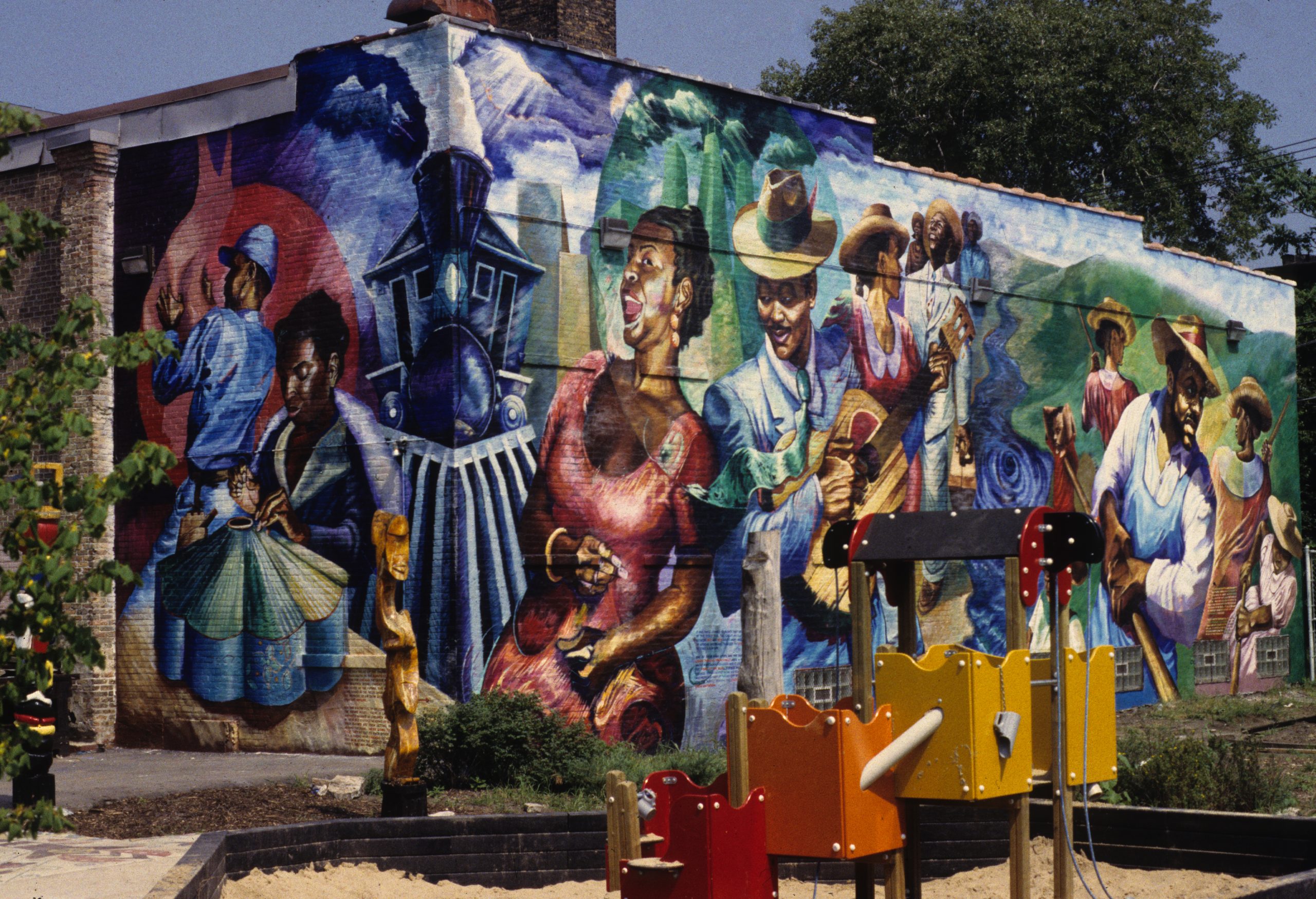 Marcus Akinlana’s The Great Migration gracefully encompasses the south-facing wall of the Elliott Donnelley Youth Center on South Michigan Avenue. The mural depicts the mass migration of African-Americans from the Southern United States to Chicago, and specifically to the Grand Douglas Boulevard community. Together with the staff at the Elliott Donnelley Youth Center and community members, Akinlala settled on the theme of the mural as one that would be not only relevant to the community, but a vital artistic statement.

The mural contrasts a rural, agrarian past with the proliferation of urban industry and entertainment. The Donnelley Center is located around a once-thriving business and economic hub of the African-American community that was spun from the great migration. The mural was created to serve as a landmark testimony to that legacy as well as to uplift a community that has been plagued by the difficult social conditions facing inner-city America.

The mural was completed in August 1995 and shares the Donnelley Center Community Art Garden with another preeminent Chicago mural: Another Time’s Voice Remembers My Passion’s Humanity.