History of the Packinghouse Worker 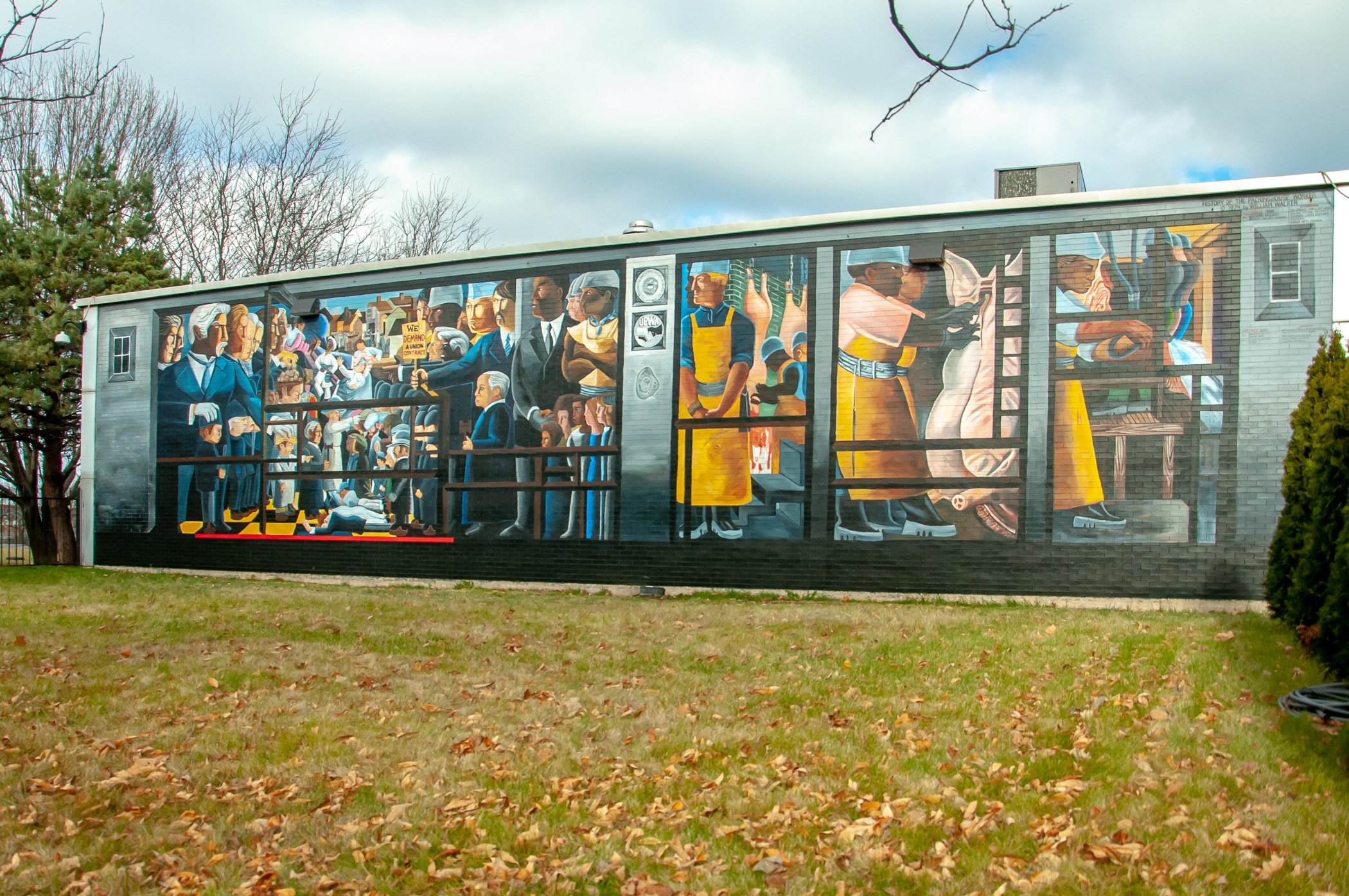 Recipients of the 2021 Abbey Mural Prize. Funded by National Academy of Design / Edwin Austin Abbey Memorial Trust Fund for
Mural Painting, National Endowment of the Arts, and Chicago Housing Authority.
Bernard Williams and Damon Lamar Reed completed the second restoration of this mural in December 2021. It is one of the
few remaining exterior murals by renowned African American artist William “Bill” Walker. Originally commissioned by the Illinois
Labor History Society in 1974, this mural depicts scenes of labor history and activism. Of William Walker’s more than three dozen
murals, it is the most influenced by the compositional techniques of Diego Rivera, and is considered one of his most complex
works. Walker created this mural as a dedication to workers’ dignity. It serves to honor union leaders and activists. It illustrates
scenes of confrontation against a unified force of laborers of all colors and ethnicities.