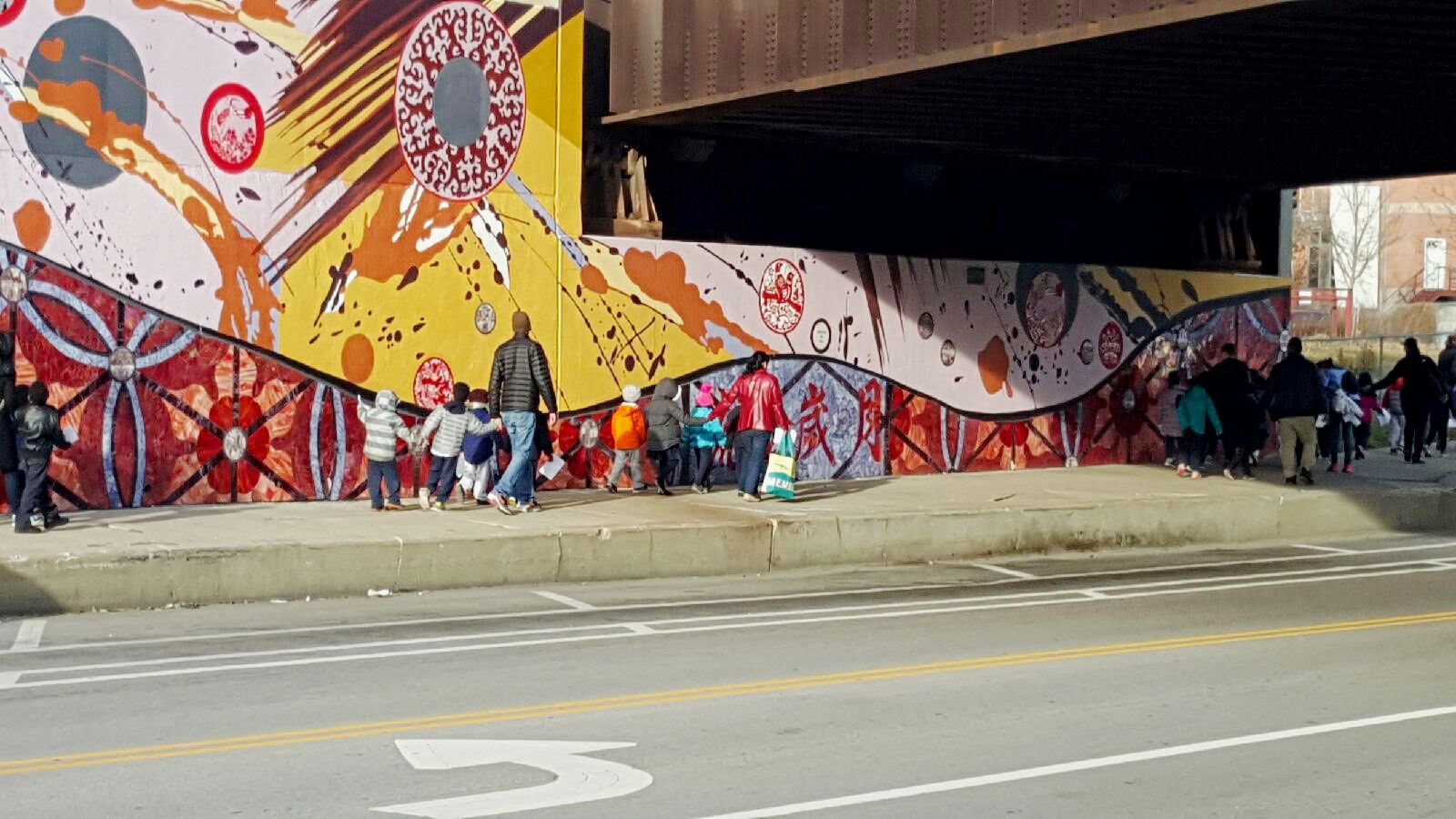 In 2015 Chicago Public Art Group began working with the Coalition for a Better Chinese American Community (CBCAC) and other community organizations to commemorate the Centennial Celebration of Chicago Chinatown’s move from downtown to its current location in 1912. The results were community-engaged murals created from paint, glass, ceramic tile, and foam. They are located in the underpass below the Metra railroad bridge on Archer Avenue between Clark and Wentworth. The Centennial murals, which opened in 2016, were created by Andy Bellomo and Bernard Williams with the help of assistant artists and youth.

Together the walls represent the last 100 years and the next 100 years. On the north wall, the past is represented in the theme “The Golden Years” and depicts a woman dressed in traditional Chinese clothing carrying a child, suggesting early immigrants to Chicago. A series of photographic tiles that span both walls move from depictions of the past to increasingly recent images as the mural turns onto the south wall, and to the theme “The Beautiful Future.”