A Kaleidoscope of Hidden Worlds 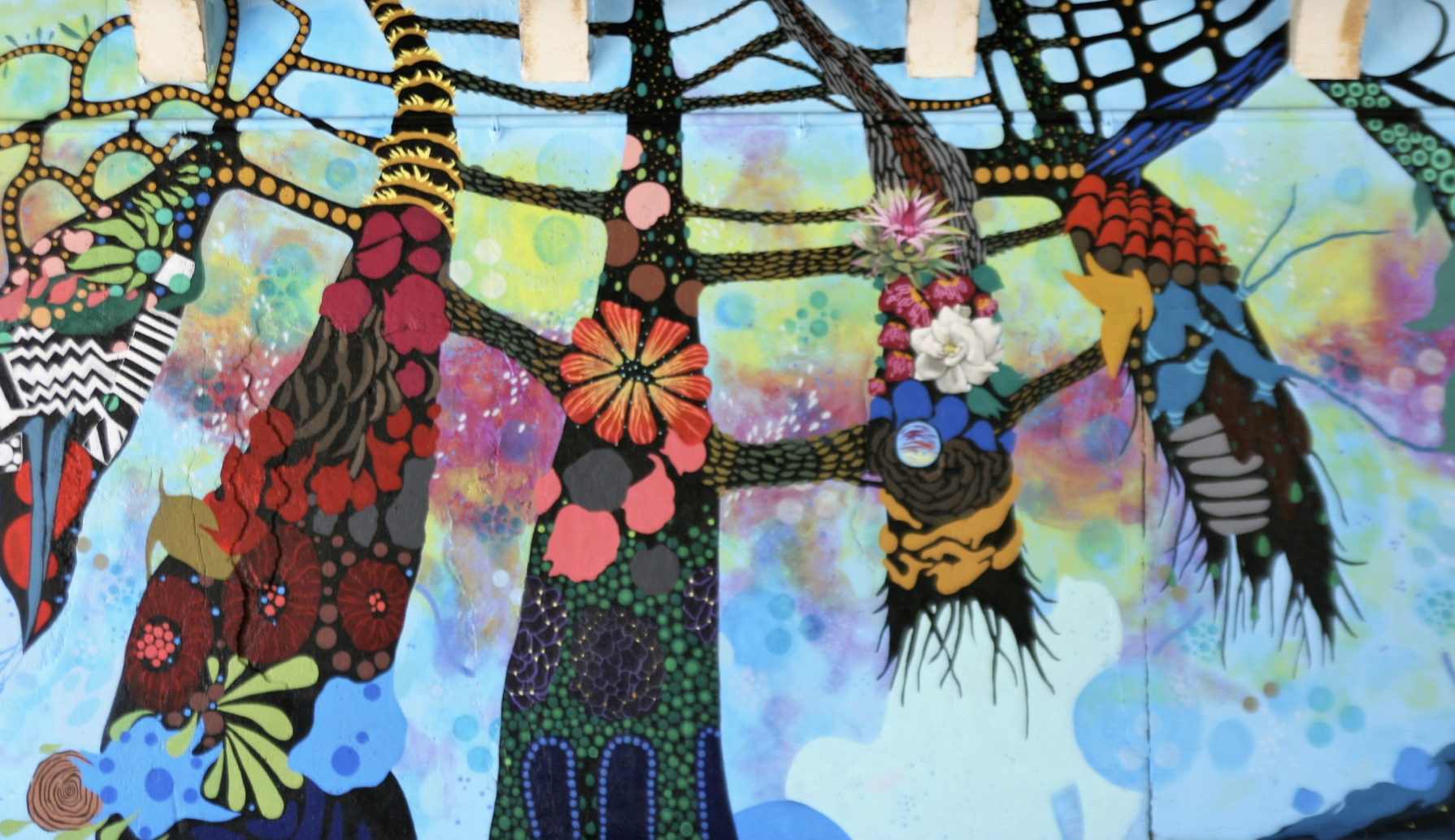 In 2017, Chicago-based artist Renee Robbins transformed the underpass at Fullerton and Lake Shore Drive with the creation of two monumental murals, each 14 feet wide and 110 feet long. Created in collaboration with the Chicago Public Art Group and Fullerton Mural L3C, the works explore the complex relationships between humans, nature, and the cosmos.

Robbins describes the composition and relationship between the north and south walls: “The South Wall composition moves from micro to macro as pedestrians travel from west to east through the underpass. It begins with neutrinos or subatomic particles and then layers molecular diagrams of the colors Cadmium Red, Cadmium Yellow, and Ultramarine Blue. The scale increases with patterns derived from diatoms and microscopic images of butterfly wings. Weaving in and out of the composition are trails of different species of fireflies, all flirting for attention in a dazzling spectacle. At the end of the centrally placed forest image, the composition zooms out to the cosmos with a large circular shape set amidst the celestial whirlpool. Forms in the work can be viewed as multiple things, giving a sense of the familiar but also creating mystery though abstraction.

The parade of images on the North Wall envisions the world underneath Lake Michigan just out of reach. In a similar way to the South Wall, the scale of the composition moves from small to large as pedestrians walk through the underpass toward the lake. Many of the shapes and patterns are inspired by local aquatic species that inhabit the unique ecosystem around Chicago’s Morgan Shoal, a geological area containing the remnants of a reef and also the site of the 1914 Silver Spray shipwreck—a former passenger vessel, which is the same length as the mural walls. The painting considers the past, present, and future of our local ecology and offers a kaleidoscope of biodiversity.”

Moving between the real and imagined, Robbins’ work brings together microscopic and telescopic views; she positions hybrid floral and faunal forms within a space that simultaneously evokes the deep sea and the cosmos. By creating associations between things that are seemingly disparate, such as plankton and stars, Robbins’ work sparks a curiosity about the universe.